Domestic & International travel is available on an unlimited stand-by basis.   All seating is free, so list yourself in First Class.   Overseas travel is still subject to government inbound taxes when flying into the USA.

This policy also has benefits for your Spouse (SP), or your Domestic Partner (DP) or your designated Travel Companion (TC).  There is a separate policy for Parents, Dependent Children, and Buddy Passes.

Everyone (mentioned above) must have a profile created in Retirees.AA.com, with information needed by American and also TSA Airport Security personnel.   During "flight listing" those individuals will appear on a "drop down list".   Just click on the name, and the needed information will move into the listing.  The listing creates a Passenger Name Record (PNR) with your itinerary's Confirmation Number (Record Locator).

All retirees are eligible for: 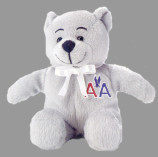 AA does provide a wonderful travel program to retirees, including interline agreements with 70 other airlines for our use.

Check online at retirees.aa.com for schedules and availability, plus flight listing.

The new American Airlines has:

Scroll up to the top of this page, then from the column on the left, select FLIGHT ITINERARY VIA INTERNET for more information.

If you were with TWA for over 10 years, are over age 50, and collecting (or elibible to collect) benefits from the TWA Retiree Plan, handled thru the Pension Benefit Guaranty Corporation (PBGC), but retired past the AA flight benefits cutoff deadline ... There is good news.

This service is now part of the Worldwide ZED (Zone Employee Discount) program that provides airline travel passes to ex-employees meeting the above requirement.   There are many airlines in this program.

The Airline Retirees Pass Bureau (ARPB) was actually begun years ago by TWA, offering TW passes to EA, PA, and BN retirees, who lost benefits when their airline shut down.

The service later became privately operated, and they greatly enlarged the benefits and also those covered.   Retirees, and their spouses or companions, of any airline, that is no longer in operation, are eligible to take part in this great way to travel at low prices.

The concept, graciously offered by TW to others, has now come back, full circle.   There are many airlines in this program, that include travel for you and a companion traveling together; and some programs for parents traveling without the airline retiree.

The program is processed by: